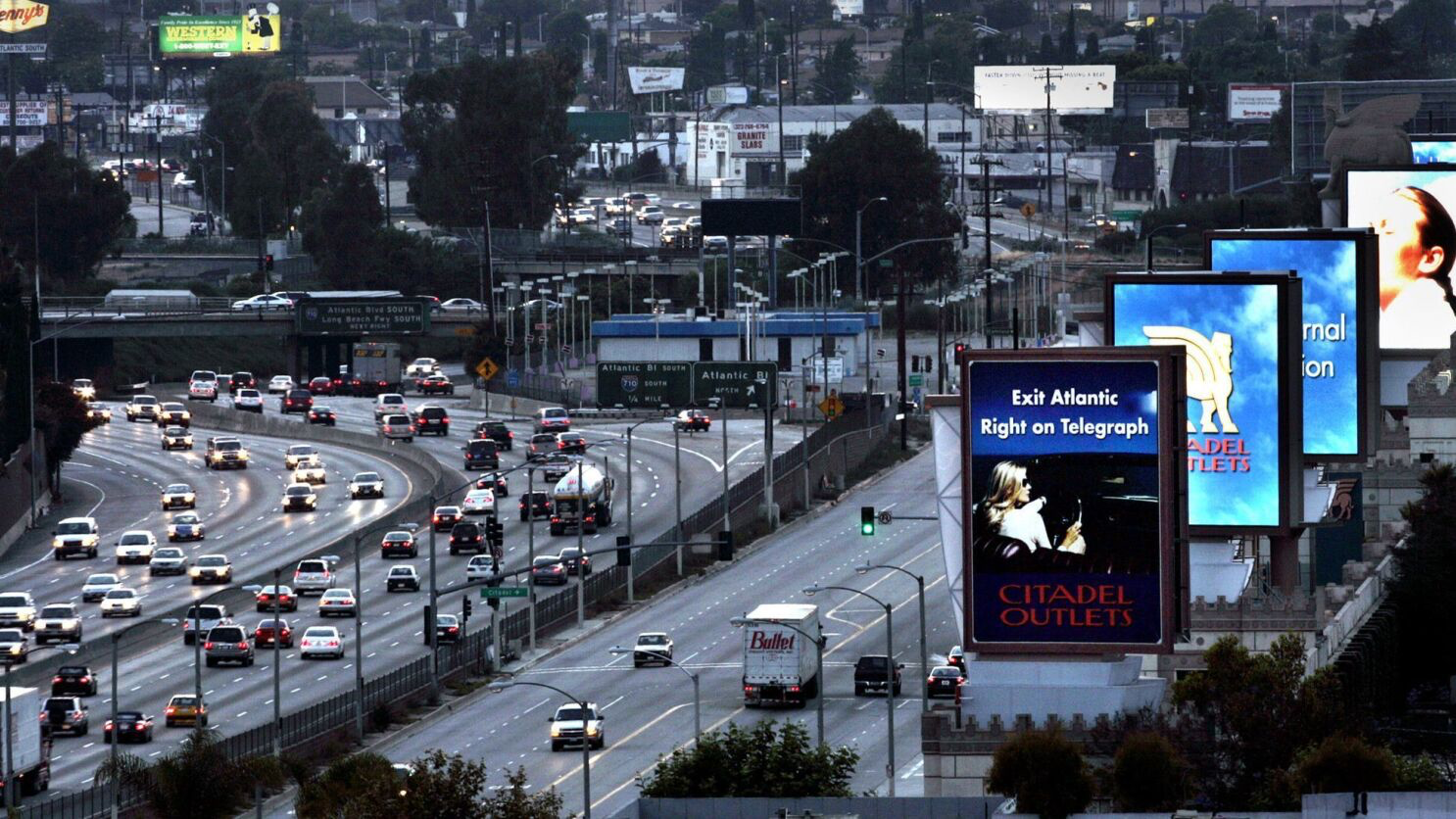 What Are Digital Billboards?

Digital billboards are a cool way to promote your brand, we often come across these huge ads along the interstate or in big cities that would showcase businesses, movies, and products. These are massive exposure to an outside audience and could build your brand’s reputation. Here in this post, we’re going to talk about how digital billboards are beneficial for businesses and why you should invest in one.

Are Digital Billboards Effective and Profitable?

Digital Billboard advertising can help tons of different campaigns from restaurants to garages, or from casinos to moving companies. 71% of people have said digital billboard advertisements stood out more than online ads. It is also studied that digital signage increases brand awareness by 47.7%.

Our brains process visual information 60,000x faster than text, 90% of the information transmitted to the brain is visual. So visually pleasing graphics thrown at people’s faces will make your brand memorable. More than two-thirds of Americans spend almost 300 hours a year in their car so you know there will always be someone viewing your ad.

Digital billboards are a cost-efficient investment. Because going digital doesn’t require excessive labor or materials you’ll be exposing your brand to outside audiences for affordable prices. You can also create contracts for a variety of short-term time lengths from a week to a year. The main costs would be the designed graphics and daily payments to keep your ad up.

What Are the Advantages of Using Digital Billboards?

Digital billboards allow you to do more things a transitional billboard cannot. Movement & Special Effects are attributed to gaining the attention of an unsuspecting audience. Unlike traditional billboards, you’re able to add high-quality graphics that would have someone doubling back to see your ad!

Brand awareness is one of the most common goals for a business. With a digital billboard, you can gain more impressions within a crowd of people. You need to be able to pitch your product within 5-10 seconds to potential customers. Small businesses are able to increase the frequency of customer exposure.

Going digital enables updates and the ability to respond in real time to current events and market conditions. Advertisers can have the ability to change their content if needed such as updating statistics, changing images, and time-sensitive information. Or if the ad offends an audience it can easily be taken down and replaced. Compared to a traditional billboard where it’ll be longer and harder to change.

Able to Reach the Middle to High Class

Your advertisement will attract the attention of those with the ability to purchase it. Most people on roads and highways are those who can afford a car or automobile. This shows their purchasing power and probably have the ability to buy your product or service as well.

What Are the Costs and Risks?

The cost of a digital billboard varies. Most agencies that sell billboard space charge in cost per one thousand impressions also called Cost Per Mille (CPM), which depends on the demographics, impressions, and circulation.

These Factors Make Up a Billboard’s Out-Of-Home (OOH) Rating:

Times Square is the #1 hotspot every digital billboard wants to be, with all the big brands, flashing lights, and huge crowds of people walking around to stop and watch. These iconic ads are always eye-catching and capture the attention of their audience with a message strong enough to sell! But how much would it cost to put your ad up in the Big Apple? Well, it depends on the length, type, and duration of the ad. The cost would be from $5,000-$50,000 a day but it’ll be worth it as about 350,000 to 460,000 people pass through it per day, so the chance of your brand not getting noticed is little to none.

What You Should Expect

You should expect to pay up to $1,200-$15,000 a month depending on the factors above for a dedicated billboard. However, a rotating billboard (where you share space with other companies by rotating between ads) will be much cheaper, costing around $10 per day ($300 a month). Another key cost to think about is the design and production of your ad which for a good amateur the starting price may be $1,000.

How Much Does a Professional Cost

For an experienced professional to provide you with captivating content you’ll be looking at prices starting from $3,000-$3,500. Would it be worth it? Of course! You’ll be investing a good chunk of money into this project, you might as well have the best quality production for your ad money can buy! People have low attention spans and an amateur can only do so much, poor graphics will put your investments down the drain.

Here are some questions that could affect the costs:

If you have additional questions or need a professional to level out these factors you could contact The Los Angeles Media Factory for more information about pricing.

Billboards are costly, and only give you brief exposure to a broad audience. Even though a huge space is available for advertisement, it only gives a short message and if you are unable to sell your product in a few seconds digital billboards are not for you. Your ad must have a strong statement in those short few seconds to create a strong impact on people to gain more clients.

Your message needs to be strong and alluring. People’s attention spans only lasts for 8 seconds and it’ll be a lasting impression on you and your business. Whether you have a quality you’d like to promote or a value you believe will captivate the masses you need to show off your company’s image and personality. Thankfully billboards have come a long way, with a digital billboard you can showcase this in a few seconds rather than one photo.

Digital billboards have come a long way from McDonald’s time clock to the first 3D billboard ever created by Coca-Cola. Coca-Cola was actually the first to introduce the 3D aspect and on the largest canvas, they could think of!

Here are a few of my favorite high-quality 3D Digital Billboards to check out for the fun of it!

You can contact billboard agencies to buy your spot on one of the big screens across highways and cities. But if you need graphics for your digital billboard reach out to The Los Angeles Media Factory to help you design the best way to produce your brand.